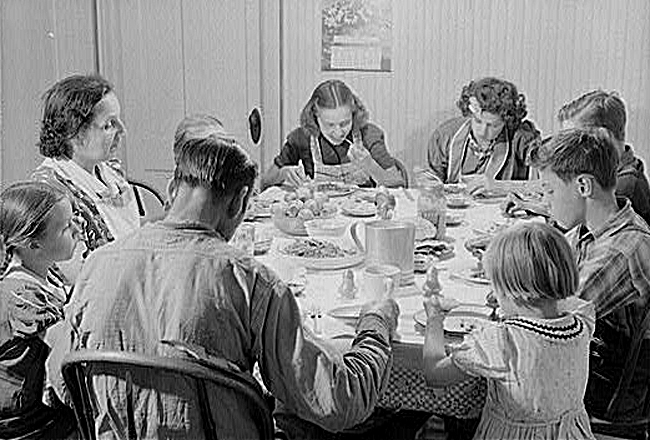 Briefly, could you paint me a portrait of the present situation of the francophone population in Aroostook County (and the state of Maine).

The French that is spoken in many of the homes in the St. John Valley is an old world French that is most often mixed with English in the same sentence. For example it would be uncommon for someone in the Valley to refer to a computer by its French term ordinateur – rather the person speaking would likely say the word computer in the middle of an otherwise French sentence.

How has the situation evolved over the years?

The history of a supportive climate for speaking French in Maine has swung from extreme to extreme over the generations and has somewhat settled in a lukewarm place. In the early part of the last century, Maine had the highest percentage of people registered as members of the Klu Klux Klan in the United States. Unlike in the south where the KKK was forwarding an anti-African American agenda, in Maine the KKK was positioned against the French and Catholics. In the middle part of the last century laws were passed by the state prohibiting the speaking of French in schools. If mobile casino French was heard on the playground, students in my parent »s generation were punished for speaking the language and required to write repeatedly on the chalkboard « I will not speak French at school. »

In the 1990″s a revival of sorts happened as a successful grant was written to the Federal Government Department of Education to introduce a new French Immersion Program into schools in the St. John Valley. The immediate results were mixed as not all school districts in the Valley signed on with the project. The schools (particularly those in the western part of the Valley) that didn »t take advantage of the program didn »t do so largely because the damage had already been done by nearly a century of discrimination of the French people. For some, the French Heritage was not something you ran up the flagpole – rather many families chose to hide their ancestry by anglicizing their last name. For example some Roys became Kings, Levesques became Bishops, LeBlancs became Whites, etc. Unfortunately, funding for the project ran out within the last decade. Without funding, the French immersion project is far less effective and has all but disappeared in some of the schools.

Are the younger generations still speaking it?

There is a bubble of youth in the communities that engaged in the French Immersion Program that do speak French quite well. Otherwise, you do hear French spoken by the younger generation on occasion. Much like their parents and grandparents, the French is a unique Valley Franglais.

Do they still have close connections to their heritage?

The coming of the World Acadian Congress has provided a resurgence of sorts for the Acadian Heritage in northern Maine. The youth have a very keen understanding of what it means to be Acadian. They don »t feel that speaking French is a litmus test for being Acadian. They understand that geopolitical decisions, made long before they were even imagined, have dictated the current situation with the erosion of the French language in our region.

Are the older generations still passing it down?

Yes, especially the grandparents. What is particularly heartwarming is that they are passing down the unique local French spoken here to their grandchildren. The youth hear the difference from the more formal French they are learning in school. It sparks an interesting dual learning opportunity and cross cultural experience of sorts.

How often could a visitor hear the french language in public spaces?

Everyday and at all times. It is very dominant in the St. John Valley. What one should expect to hear is that Franglais I noted — a unique blend of French and English that is seamless within the same sentence and seemingly understood by all.

Theoretically, would it be possible to live only in french in certain communities?

Yes. Some more elderly members of the community do live and speak only in French. Government and social agencies have hired personnel accordingly to interface with such citizens in the St. John Valley.

Do you believe that the World Acadian Congress will help advance the situation?

Most certainly. I have always been a believer that economic incentives are the only true motivational force. The St. John Valley has never in my lifetime had such a tremendous opportunity to realize such tremendous economic windfall on the basis of our culture and language. I spoke only French at home before I was enrolled in grade school. From that point forward English became my dominant language because the world around me dictated it be.

From my perspective, cultural and linguistic enlightenment, much like enlightenment on issues pertaining to conservation and the environment, are only realized altruistically by a few « die hards » who really believe in the cause above all else. For the rest, it is not truly embraced until it makes sense to their pocketbook or will benefit their immediate situation. When Maine added a return deposit for beverage containers, nearly the entire population separated its bottles and cans and now bring them religiously to their local redemption center. Had that not been instituted you can bet that the percentage of those recycling would be negligible today. I believe the Congres Mondial Acadien will be the bottle deposit bill for the Acadian Culture and French Language in our region. Like the bottles and cans, our culture its about to find its way to redemption!

What are some of your hopes?

My greatest hope is that we not only save and bolster our French – but renew a pride and confidence in our Brand of French. That we take this opportunity when the Acadian and French World comes to our doorstep to understand and demonstrate that we are just as good as our fellow French speakers around the world. I also hope that our participation as one of the three regions in the International territory of Acadian of the Lands and Forests brings light to the fact that not speaking French is not a disqualifier to being Acadian. There are some people that live in the Valley and other Acadians in Maine and around the United States that don »t speak

French largely because of the hand that history has dealt them. In all that we do to bring the Acadian Congress to our region, we want for our event in 2014 to say to the World that you are not ex-communicated from the family if you don »t speak French. Our history with the dominant English speaking population in Maine and the efforts to strip us of our pride as citizens of our own state and country because we were different dictates that we understand and have learned that the stick approach is wrong and the carrot approach is much more effective.

And finally, why should one be interested in learning about the history of the francophone population in Aroostook county?

Fundamentally because it is so unique. It is a story defined by triumph over repeated tragedy. The mere fact that we exist as we do today is testament to the spirit of our people. The history of the Acadians in Maine »s St. John Valley is marked with one upheaval after another. From the deportation from Acadie and subsequent migrant people that again lost their homes in present day Fredericton to the separating of families and a people into two different countries after the Bloodless Aroostook War to the hostilities afforded French speakers in Maine in the last century – it is amazing that we are here to tell the story. Moreover, it is exciting that the center of the Acadian universe will be here in just two short years!